I’d like to thank you for inviting me to be here today.

I’m going to focus on 3 multi-part exhibitions that reflect some of the questions that I have been working on for the past 3 or 4 years. 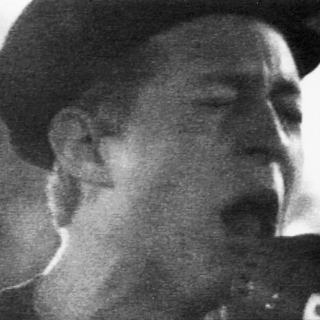 Picturing AIDS is a survey of my work from 1984-1994 and is about work that I made during the early days of the AIDS epidemic.

Souvenir—Museum of Analysis, is a retrospective of my artwork from 1977 to the 2007.

And finally, The Search for Life in Distant Galaxies, is my current project that will be exhibited this June. The piece isn’t done; so I’m just going to show you a preview of some of its parts and talk about how I’m developing it. 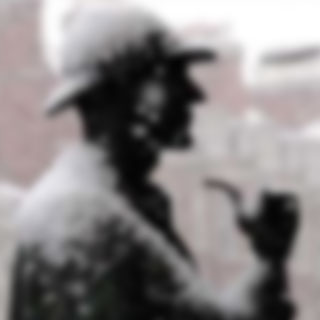 In a way, these three projects form a trilogy about retrospection and introspection, private and public memory, history and identity.

A few years ago I couldn’t image that I’d spend 4 years working on the past, I wanted to work on the future. In fact my last big project prior to the AIDS survey was called City of the Future (after Tarkovski). It was a queer retelling of a famous Russian science fiction film called Solaristhat was remade in 2002 starring George Clooney.

This is the opening sequence to City of the Future.

The piece is about a mysterious planet that senses the secrets and desires of its visitors — and then generates these ideas as beings. Some of these thoughts and feelings are monsters and others are beautiful and loving.

I hope that I’m not over simplify it here by saying that the anti-hero of the story is condemned to relive the tragedy of his deepest shame and guilt.

The planet brings back the wife of the main character, who feels responsible for her death, only to have her die again in this future world because of him.

The story is about desire and loss at the heart of futurity—that our past (as something always desired and already lost to us) is embedded in our future.

This was the central theme–of desire and loss–that I was revisiting, and trying to work out in my art practice when I was making City of The Future.

I was asking myself: Am I just retelling my own coded story of loss over and over in my work?

Are we (am I) as part of a queer/women’s/people of color/underclass community just retelling our story, restating our lack, our otherness, over and over in our representations?

I posed this as a question in City of the Future and wondered if there was another way out of this repetition?

And so it is that I have spent the last 4 years talking about the past and trying to locate a vision of an alternative future.

There’s a little bit about my background that I think is important to share. I have a degree in Philosophy from the University of Louvain in Belgium. During the summers, I picked tobacco as a migrant worker in Ontario Canada to pay for my education.

The extreme contrast between the part of me that was in an ivory tower and the other part of me that was living as an illegal farm worker each summer set up a cognitive dissonance and a moral dilemma that I’m still trying to work out. Maybe this is what my art is all about: repeating this conflict over and over — the tension between theory and the practice and politics of everyday life. I’m sure that it’s part of it.

I like to think of my work as foregrounding fluid, shifting referential frames where the conditions of meaning and identities are made possible.

But hatred and prejudice remain a part of these frames that can’t be deconstructed into neutrality or ignored. Addressing this and confronting injustice have become moral imperatives for me. It’s part of my social and artistic practice.