The Origin of Light 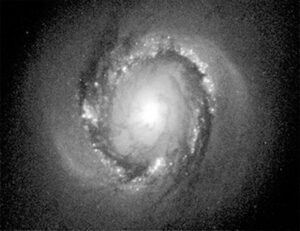 The room was empty.

He imagined: a small bed, a lamp, a writing table and chair. From the room’s single window he could see a wall of windows of other single rooms like his own—their Venetian blinds closed to the afternoon sun.

He sat on the floor in the square of light from the window and fanned out the chips of paint that he had collected from the ACE hardware store on Mission Street.

Although he was able to imagine the room to be pure white, he knew that this was an impossibility—and that he would have to settle (at least in his waking hours) for the room to always be shaded with reflections and shadows of other colors from the world. Restful Retreat it was just then as he leaned his back against the wall to watch the slow shifting to the color of Oriental Ivory as the afternoon light faded.

Here was a room of his own that he would inhabit for a while.

He neatly pinned the swatches of white to the wall by the window of this small room to remind him of the nature of light and the impossibility of perfection. 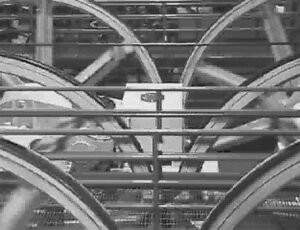 Except for the image of a man in a picture that she had taped to her dressing-table mirror and a few stories, he had no real memories of him. And although visiting the basement involved a terrifying descent into the darkest part of her house and a frantic search for the string to the light, he returned there again and again in his dreams to sit at his grandfather’s workbench. 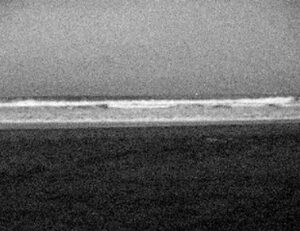 He held a small disposable Kodak camera that he had bought at the corner Seven-Eleven in his hand and waited.

The darkness and insistent gusts of wind and sand from the beach made it difficult to see his wristwatch as he squinted to read its illuminated numbers. After each obsessive check of the time he would quickly return his gaze westward to the horizon—where it was impossible to distinguish the line between ocean and sky.

He wanted to capture the moment of first light—record it somehow with this little machine.

(He carefully labeled the photographs from that morning as follows) 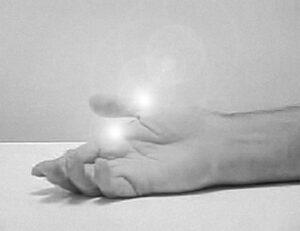 He heard the story on National Public Radio.

He believed it to be true.

There was a man who had been blind since birth. One night before going to bed, he leaned over to kiss his seeing-eye dog goodnight. As he bent down, he hit his head on the nightstand. When he raised his head up, he suddenly regained 80% of his sight in one eye. The medical establishment had no explanation for this. 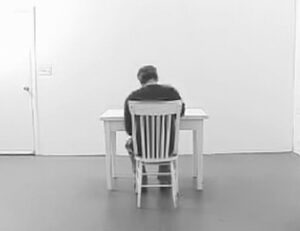 Opening a small brown notebook, he held a magnifying glass slightly above it. He focused the sun into one intense point in the center of the blank page.

Patiently waiting, he held this ray of light until the page burst into flames, and then, quickly closing the book, he wrote on its cover, “Manifestations of Violence.”

He kept this notebook with other notebooks of scientific experiments and observations neatly stacked on his writing table and would refer to them from time to time as he studied the nature of light. 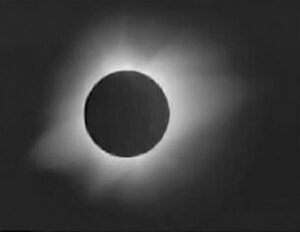 He kept a small file-box. On its lid he had taped a picture of the sun.

Inside this box was a collection of ordinary index cards on which were written the dates and locations of various solar eclipses. On other cards, the following phrases were written: an indifference to suffering, forgettable incidents, intolerance, self-interest, the wounded, the irreparable, controlled reaction, basic instincts, displaced aggression, irresponsibility, corruption, inconvenience, cruelty, foregone conclusions, concealment, the irreconcilable, false observations, nausea, predisposition, the point of collapse, the faithless, uncharted territory, deferred action, some fundamental misconceptions, disinterest, ruins, the undone, the irredeemable, unsuspected tendencies, unwillingness, the improbable, injustice, weakness, an absence of regret, ambiguity, casualties of circumstances, weariness, the irrecoverable, the shadow of a doubt. 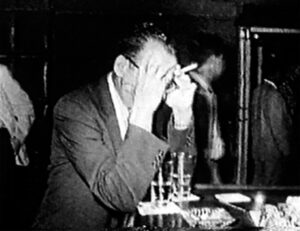 In a special notebook, he recorded the neon signs from the street outside his apartment building—and in a slow spiraling path which took him further and further from his home that night, he mapped this mysterious nebulae of lights.

He walked for hour after hour recording even the most insignificant of these signs with great care and attention.

Stopping for a moment, he caught a glimpse of a reflection amid the reflections of neon in a blackened storefront window that had become a dark mirror of the street, and saw a fearful, old-looking face that he had to look at twice to recognize as his own. A face lined with grief. But he would have nothing to do with this other self, this suffering flesh—and dismissing it as an anomalous lighting phenomenon, he made a note in the margin of the page as to the exact spot where this had occurred. 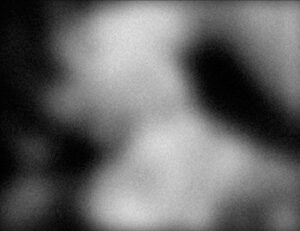 It was in dark places, he observed, where light—sometimes struggling for its existence—could appear most beautifully.

He closed his eyes.

The space was subdivided into smaller darkened rooms, each with a light above it that read PRIVATE. Inside each of these rooms was a video monitor that revealed another brightly-lit room where he could see himself as eternally young. 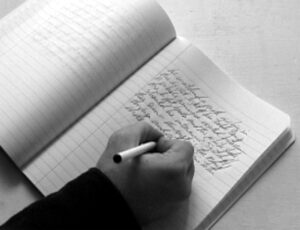 He watched a moth circling in the light of his table lamp—a whole universe existed between the light bulb and the white shade that marked the outer perimeter of its consciousness. Should he intervene? Switch off its sun—disrupting the order of things and returning him to the chaos of an empty room?

The few remaining lights from other windows in the building across the way and the soft halos from streetlights below formed a strange and private constellation that he belonged to that night.

He returned his thoughts to “The Great Lighthouses of California”—one of the books that he had bought at a used bookstore that afternoon.

Carefully he cut from the pages the images of three lighthouses: Punta Gorda Light, Point Loma Light and Cape Mendocino Lighthouse. He pinned these pictures to his wall and wrote the names and pertinent information about them in a notebook that he had titled “Points of Reference.”

There were still important things left for him to do, to leave to the world: experiments, calculations, maps and records. Completing the notebooks—the reason for it all, he thought.

He worked through the night at a fever pitch, editing a map that located his exact position in relation to these places.

And although the lights from the other windows were now, one by one, going dark, his shined brightly out into the darkness like a beacon in search of some lost ship.

The Origin of Light by Rudy Lemcke