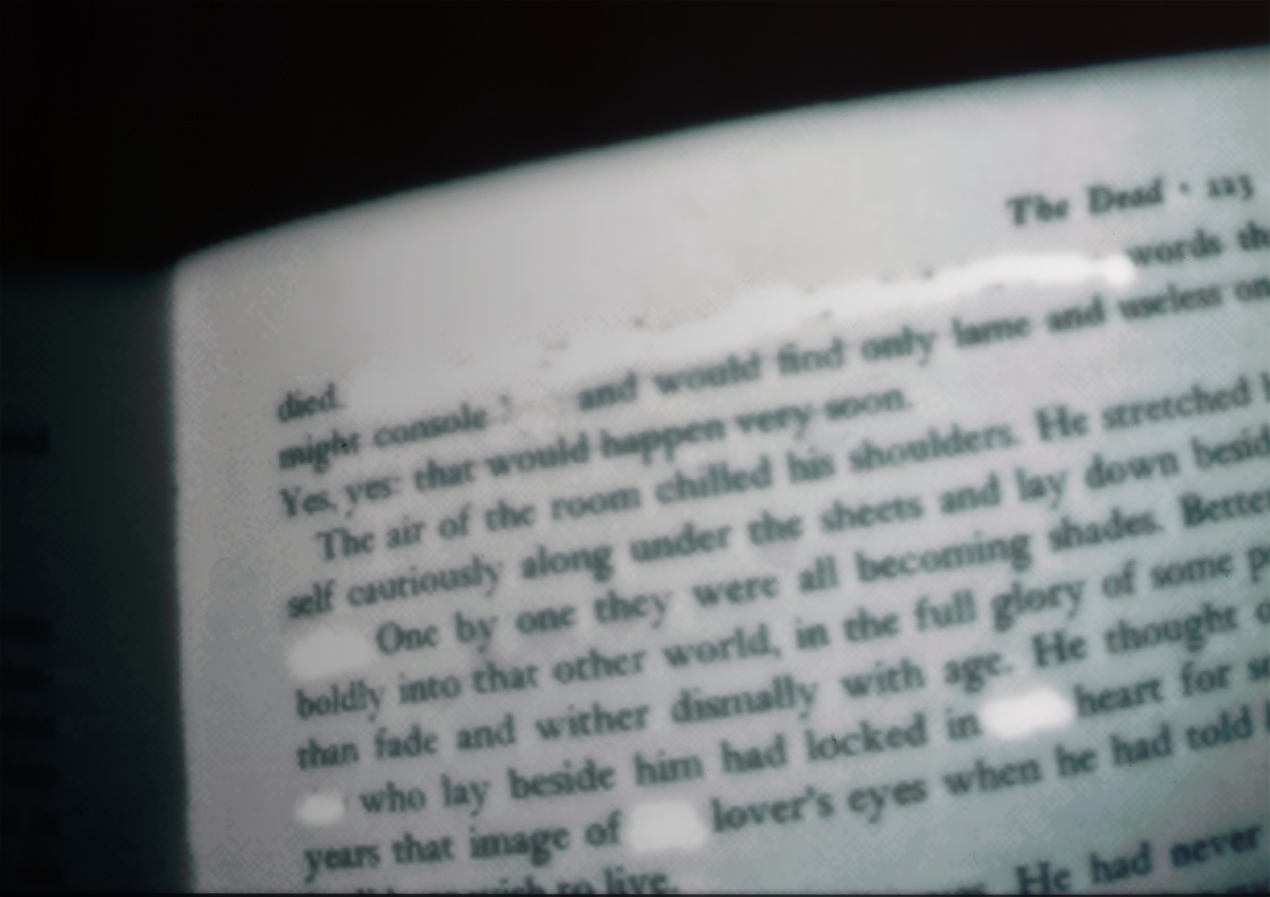 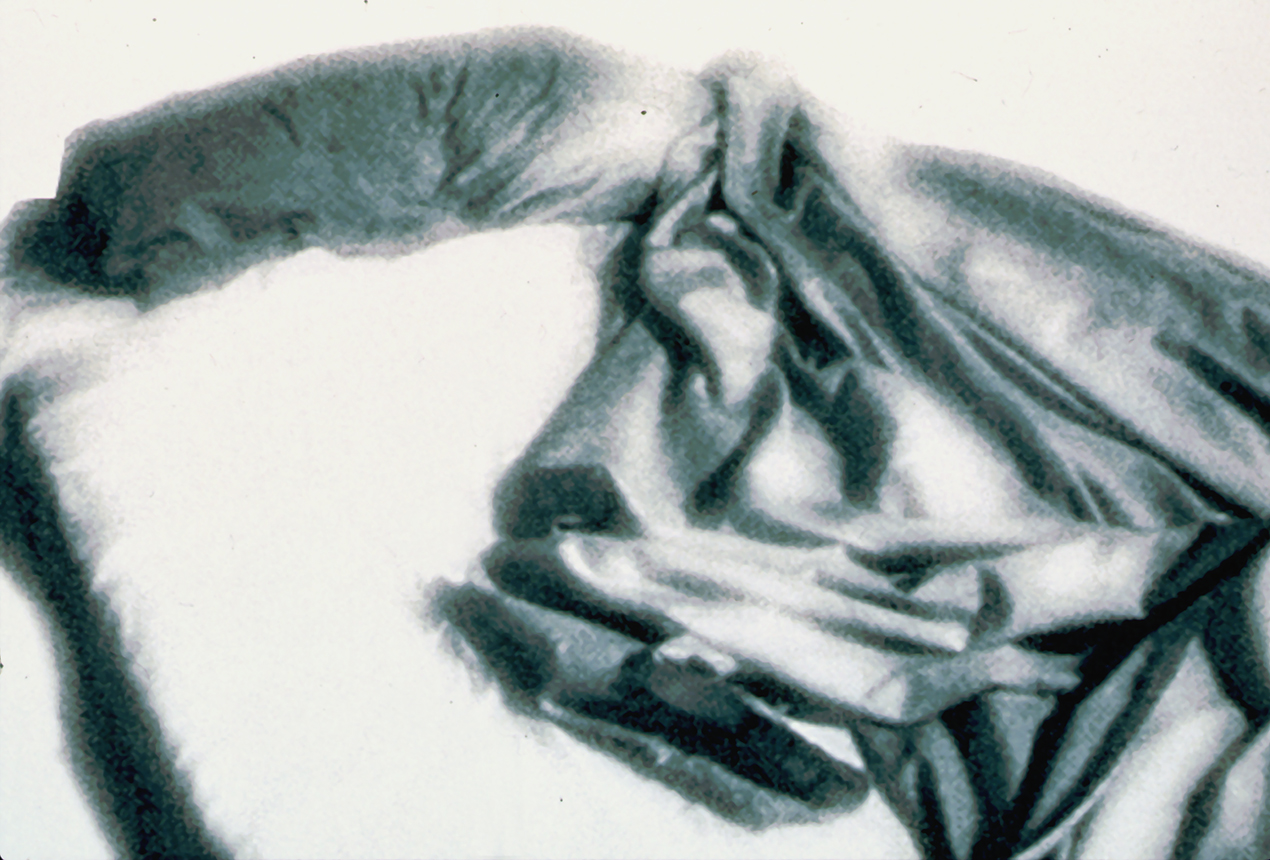 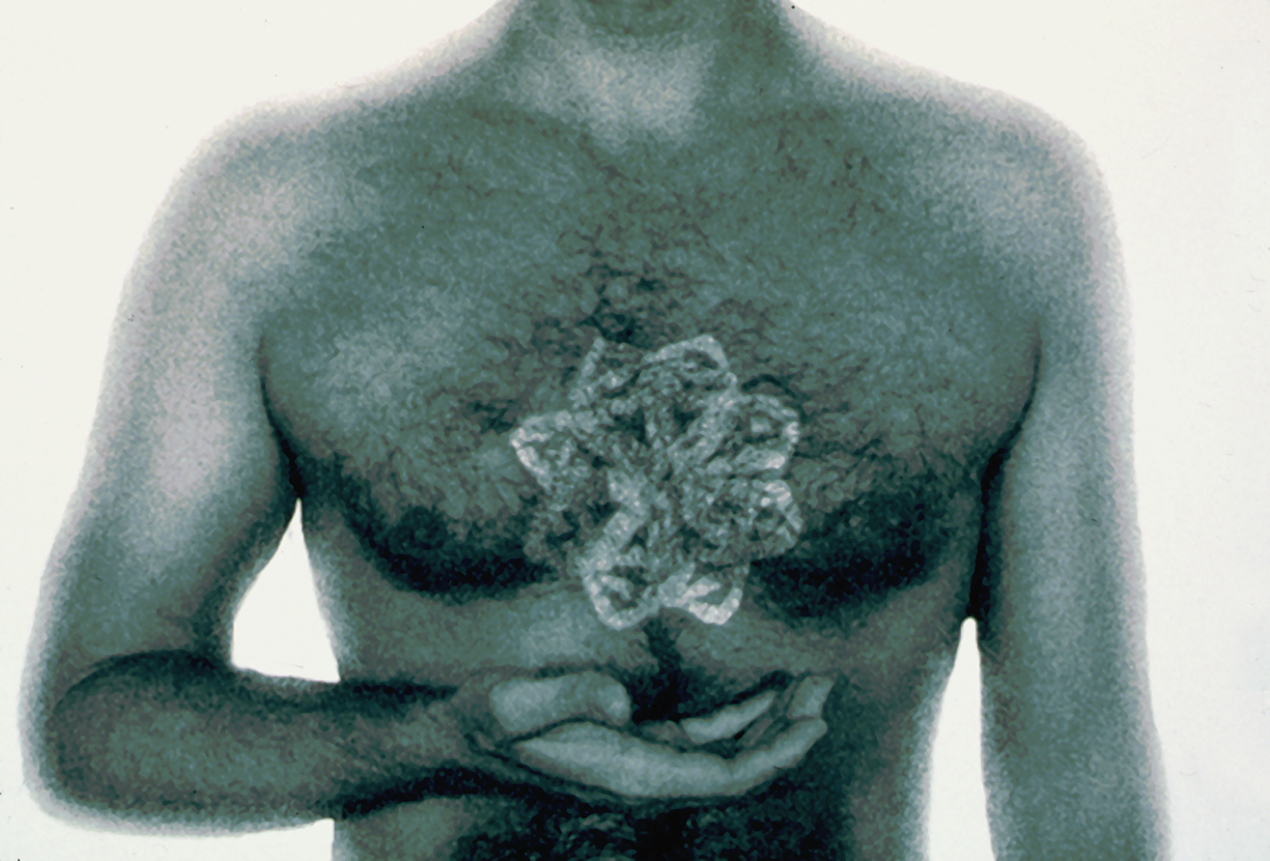 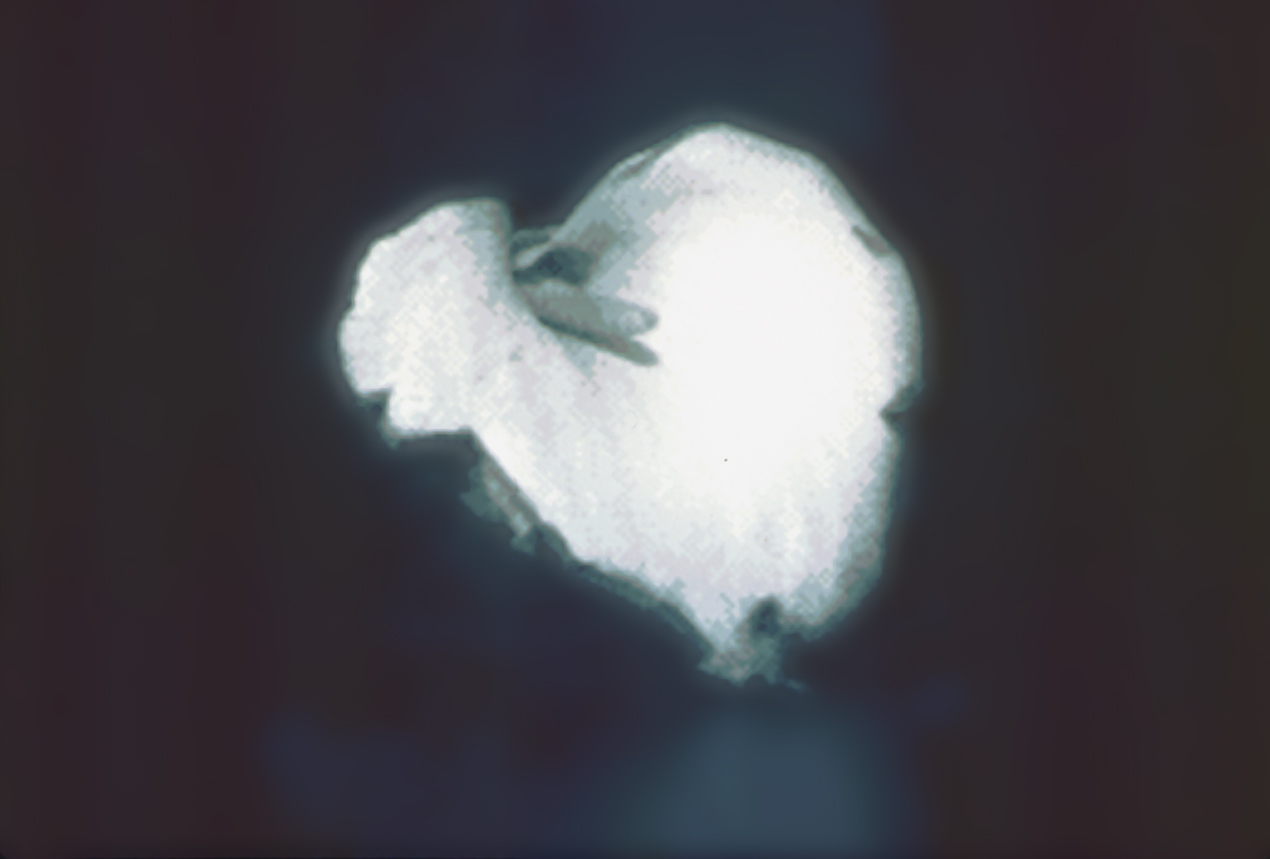 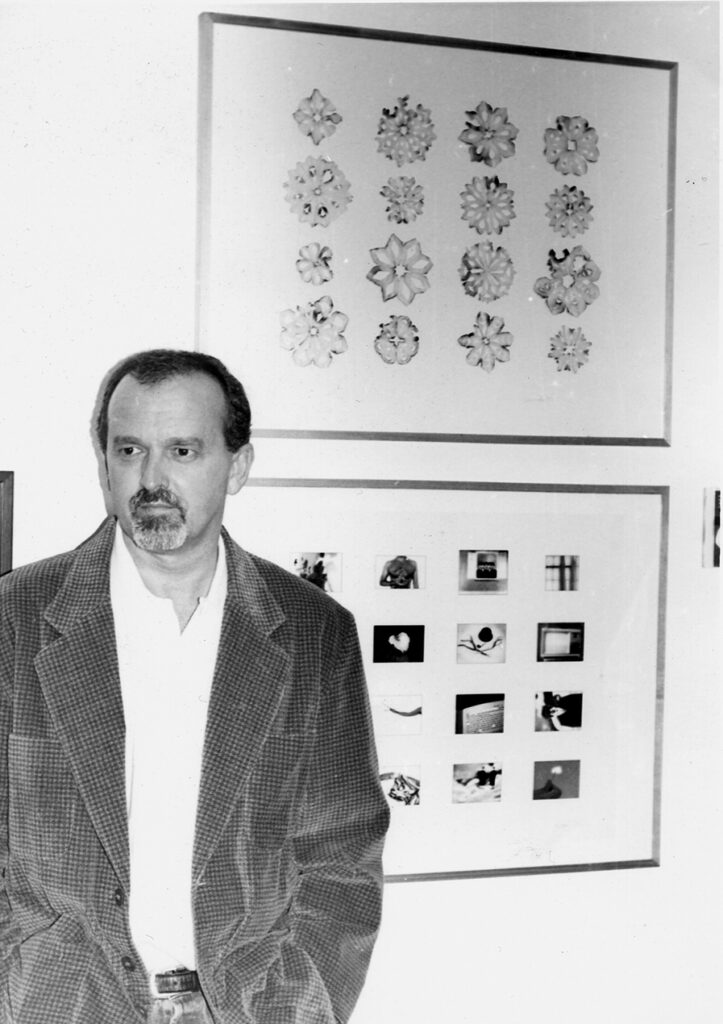 I used the burnt snowflakes to represent lives lost to AIDS

My Dead was created as an interactive artwork for CD-ROM and reformatted as a stand alone set of 2 photos for the exhibition at Terrain Gallery in 1996. In one frame images I used for the hyperlinked screens were printed in a grid as an index of the body of the piece. In the other frame were several burnt snowflakes that I used for the opening animation. The last paragraph of James Joyce’s The Dead is used as an opening screen. The gender pronouns have been whited out and serve as hyperlinks to the series of photos that reference the falling snow.

Yes, the newspapers were right: snow was general all over Ireland. It was falling softly upon the Bog of Allen and, further westwards, softly falling into the dark mutinous Shannon waves. It was falling too upon every part of the lonely churchyard where Michael Furey lay buried. It lay thickly drifted on the crooked crosses and headstones, on the spears of the little gate, on the barren thorns. His soul swooned slowly as he heard the snow falling faintly through the universe and faintly falling, like the descent of their last end, upon all the living and the dead. – James Joyce, The Dead.