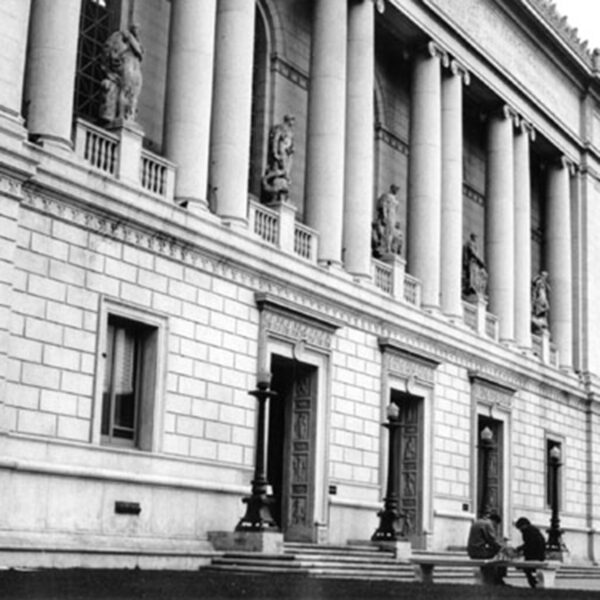 On Saturdays he would go to the San Francisco Public Library to read and do research.

He opened a fresh notebook and copied a section from the new National Geographic Magazine that had arrived that week:

“NASA’s Interstellar Boundary Explorer, or IBEX, has just produced new images of the solar system that has shocked astronomers. This first full-sized map shows 9 billion miles of atoms surrounding the solar system that scientists are describing as looking like a ribbon. This completely defied expectations: astronomers believed the atoms were evenly distributed rather than densely packed together in this ribbon formation.”

“That could be an unbelievably remarkable coincidence, or it could be a fabulous clue that somehow this external magnetic field is actually imprinting onto our heliosphere through some process that we don’t yet understand.”

He then drew a sketch of the data image from the magazine and would later paste it over his desk next to his drawings of Hubble’s Deep Field and a picture of the SETI project’s Big Array.

He believed that there were mysterious connections between his life and life in distant galaxies, that the movement of the universe was mirrored in the streets he inhabited—that the great secrets of space and time were contained right here and now, in the place that circumscribed his life. Years ago, he had given up on the idea of a grand unified theory of everything, but he still believed that seemingly random patterns of places and events were aspects of a thought that was greater than the sum of its parts and that if we studied these fragments that we could come to understand something of this great unknown.

This was not just some fleeting flash of insight into the connectedness of all things that he had had on an acid trip in Golden Gate Park in the late 60’s, which it had been, but the idea of revealing these phenomena as they wove around him, of unraveling these threads, had become his passion and lifelong quest.

And so, over the years, the events of an ordinary life were transformed into an epic research project.

He mapped his neighborhood in search of evidence of collapsing stars, of meteor showers, and of wormholes that linked the various dimensions that were constantly shifting as he moved through the streets. He kept meticulous notes and detailed journals that chronicled the events and phenomenon that he witnessed in his daily life in the Tenderloin.

This work, he believed, would explain some of the paradoxes of life here on earth—why there was something rather than nothing. He believed that his work, in spite of the sacrifices that he had made in its pursuit, would make a contribution to the understanding of our place in the cosmos; that this was a worthwhile mission, and a life worth living.

He often fantasized about being a real scientist, an astronomer working for NASA, being on a team of scientists that would lead to the discovery of extraterrestrial life and how different his life would have been if he had gone to college, had a mentor, made different choices, had not been sidetracked by the unfortunate circumstances of his past. But that was not his path and even Galileo and Copernicus had to find their own ways, had times of uncertainty, despair—lost hope—and had been outcasts too, he reminded himself, and this thought gave him comfort to carry on.

He continued writing in his notebook. This time an article from the San Francisco Chronicle:

WASHINGTON — Astronomers have found 32 new planets outside our solar system, adding evidence to the theory that the universe has many places where life could develop.

Scientists using European Southern Observatory telescopes didn’t find any planets quite the size of Earth or any that seemed habitable or even unusual. But their announcement increased the number of planets discovered outside the solar system to more than 400.

For some reason this made him think about the lost souls that seemed to orbit around the public library. He jotted a memo in the margin of the page to find the maps that he had made of this phenomenon.

He would later transcribe these notes into a larger book that he used as a reference for his Atlas of the Universe, the latest of many ambitious cartographies of suffering that he had attempted over the years.