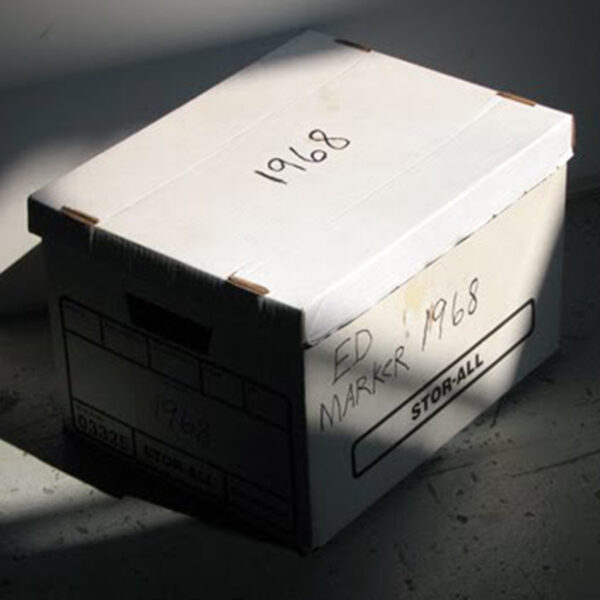 There was nothing particularly noteworthy about his life. No string of accomplishments that would follow his name on an obituary page, no possessions of any real value or great wealth to be fought over by his survivors—he had no apparent survivors. Only a slightly weathered bankers box with the date 1968 written on its side remained of Ed Marker.

The box contained several notebooks, photo albums, drawings, a few maps, a collection of old postcards, a couple of books, a small box of 8mm films and some other miscellaneous odds and ends that he had kept for reasons that were his alone. How this box, out of all the precious clutter that he had accumulated over the years, ended up in this particular place at this particular time remained unclear.