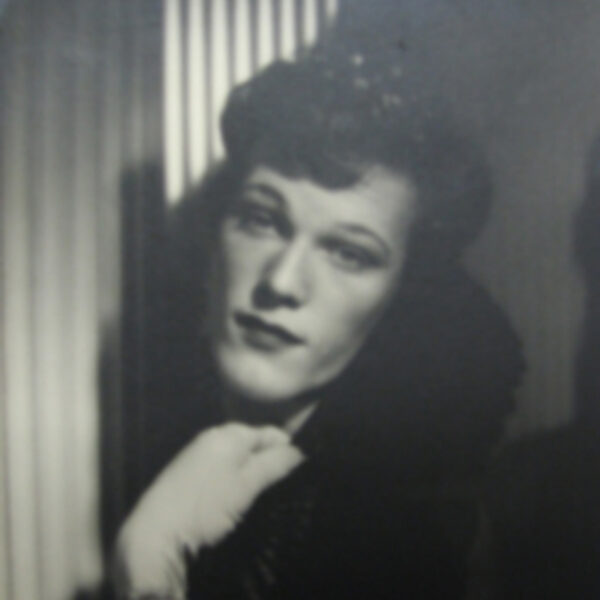 “Please drop by for tea, DB,” read the note that was hanging on Ed’s front door when he returned that afternoon.

DB was in fact Douglas Brown and the apartment manager of the building where Ed had lived for over thirty years. Although he was not that much older than Ed, he was from a different era—part of a generation that had migrated or been exiled to San Francisco in the 50’s and early 60’s. Like many before and after him, the city allowed DB to transform himself into what he wanted to be and always felt that he was inside—a star. DB, a.k.a. Douglas Brown, had remade himself into the Duchess von Braun and one of the leading female impersonators at the Gilded Cage on Eddy Street in the sixties. DB knew everyone in the Tenderloin and everyone knew the duchess.

After his late show and after the other bars had closed, DB used to hang out around the corner at Doyle’s on Market Street. Not really a coffee house Doyle’s had a certain North Beach vibe; but it was much more queer than even the Beat scene. It attracted artists and writers and a young hippie crowd because there was no age limit and no alcohol was served at least officially, so the cops didn’t usually come around. It was the hippest of the hip, and everyone was high on Christmas Trees (Meth) and/or LSD or mushrooms or just stoned on pot. It was the best gay after hours club in San Francisco.

This is where DB met Ed and James. DB called them his little fairy flower children because they worked at Podesto Baldocchi’s flower shop on Grant Street. They called DB the Dark Bride because one of his drag acts was impersonating Gloria Swanson in Sunset Boulevard and he had had his picture taken for the theater’s playbill in a pose identical to the famous Alfred Stieglitz portrait of Swanson wearing a black veil. They thought he looked like an evil, dark bride. DB knew that they made fun of him behind his back but it didn’t bother him because he really loved the younger kids like Ed and James who were coming around and liked to hover over them. He said that he was their fairy godmother, which in a way, turned out to be true, at least for Ed.

As the small world of San Francisco would have it, some years later DB became the manager of an apartment complex on Sutter Street near Hyde. Ed moved in to a studio apartment on the third floor where he became part of DB’s very extended family.