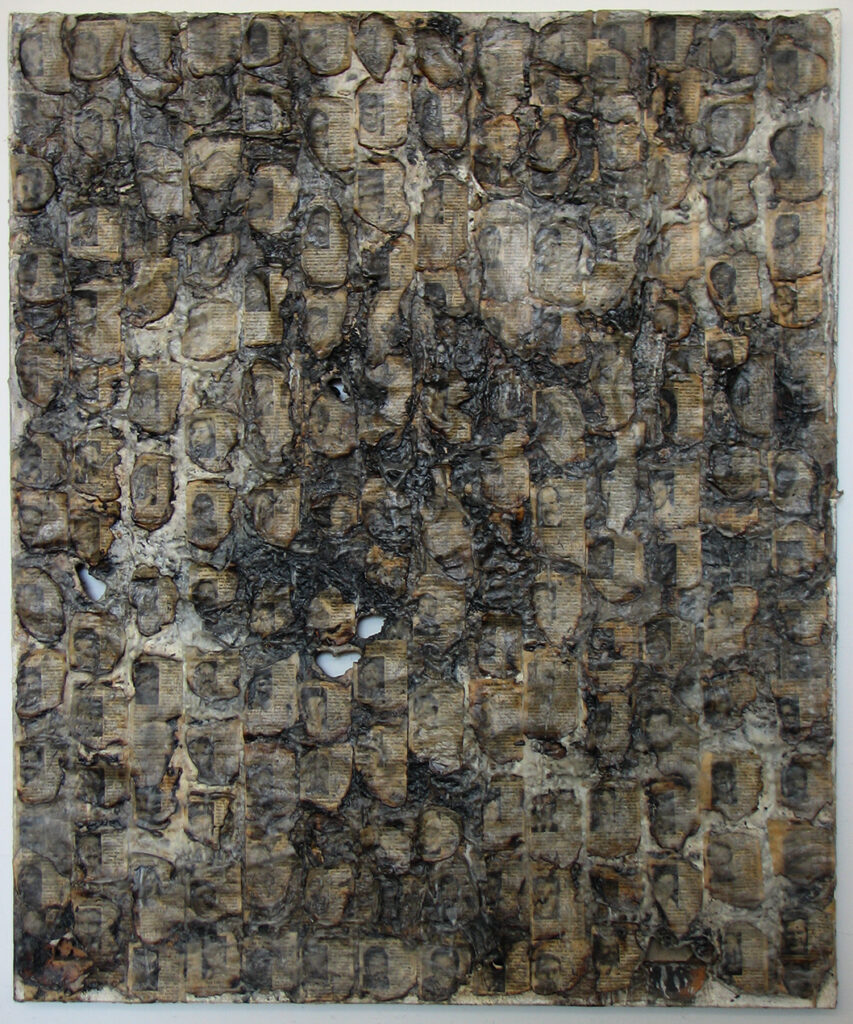 For the 20 year anniversary show at Southern Exposure Gallery I created a piece that would stand in for an “obituary” page within the giant retrospective of dozens of artists that had shown in that space over the years. I wanted to remind people of all the artists and friends in the artists’ community who had died of AIDS and that the epidemic was not over.

Background: I collected B.A.R. (The Bay Area News is the local San Francisco LGBT newspaper) obituary pages over the most intense years of the epidemic. The B.A.R. was the community’s eye on the epidemic and where we got treatment and political news. At the back of the paper was a section of obituaries that occasionally stretched over several pages –pages and pages of faces of mostly young gay men who had died of AIDS. It was a weekly ritual to look through these images with fear and dread. I cut the photos from the obituary pages of people I knew or people who I recognized as part of my world and kept them in a box.  Years later, when I was invited to make a piece for the Southern Exposure show I thought of making a piece that would represent the impact of loss, grief and anger that burned like cinders. Partly as a performance and partly as an act of painting, I set the obituary images on fire, and while still burning, I attached each photo to the canvass and covered them with bees wax/encaustic.