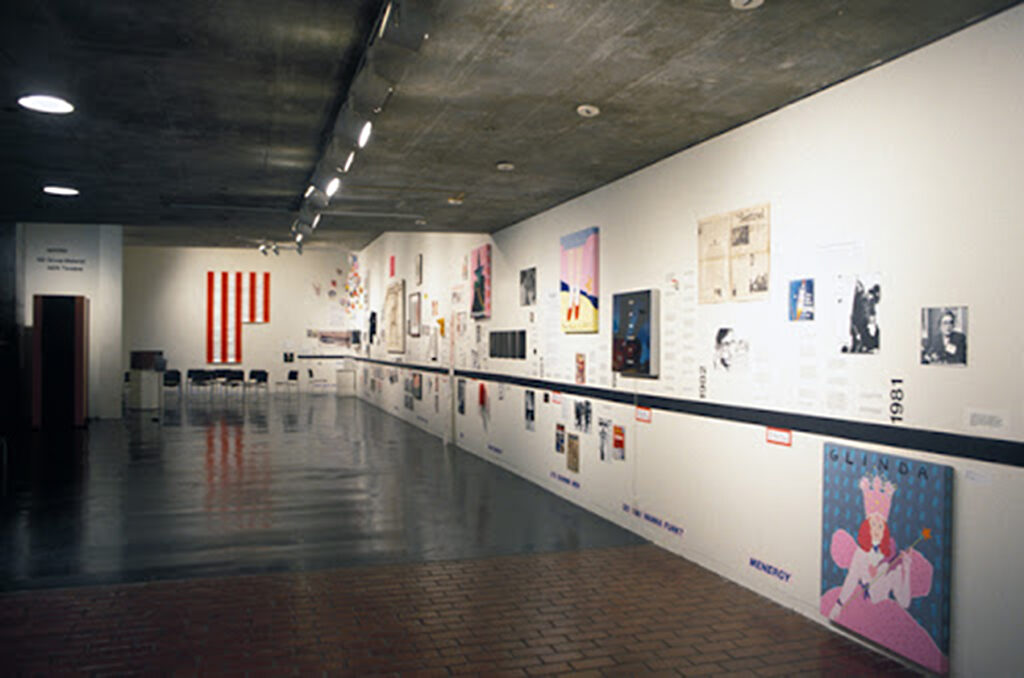 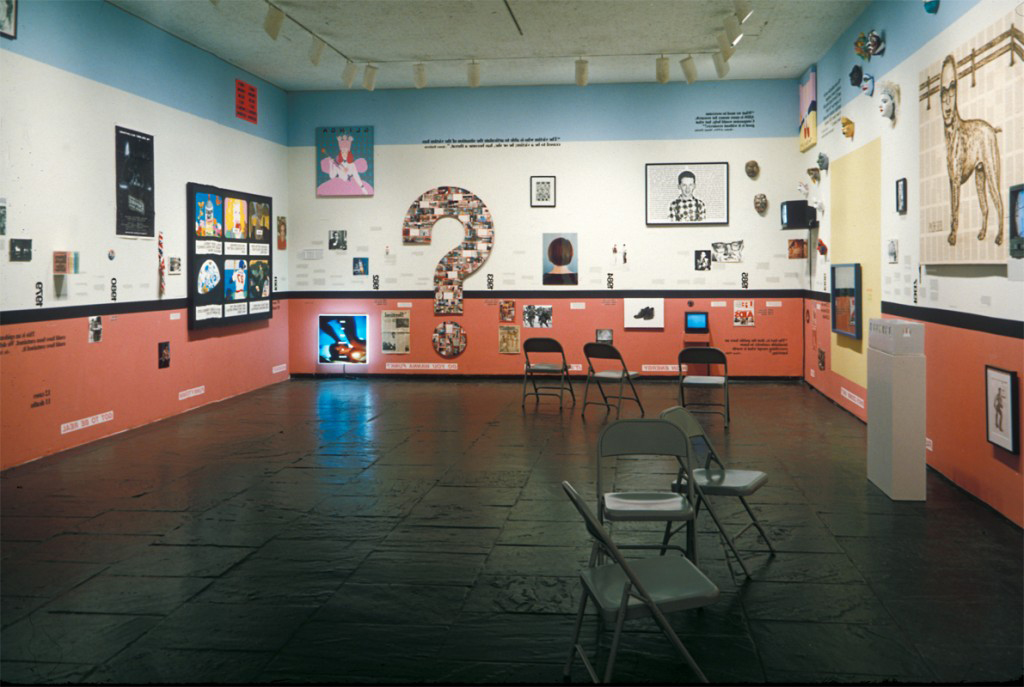 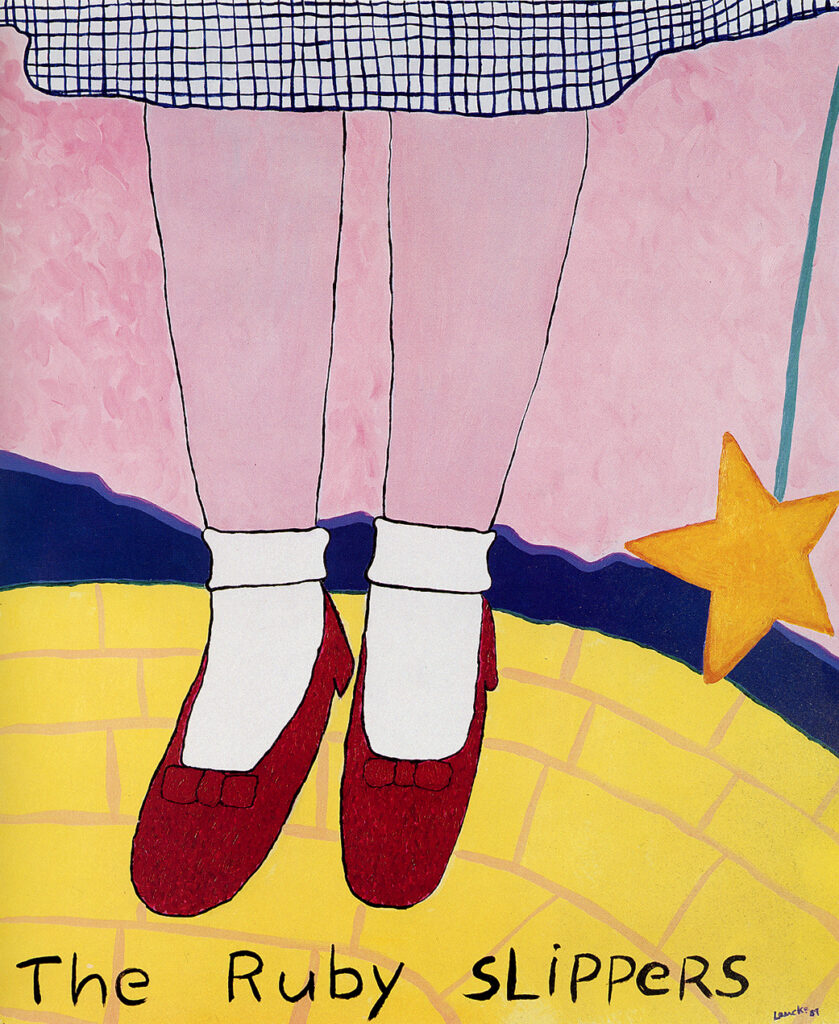 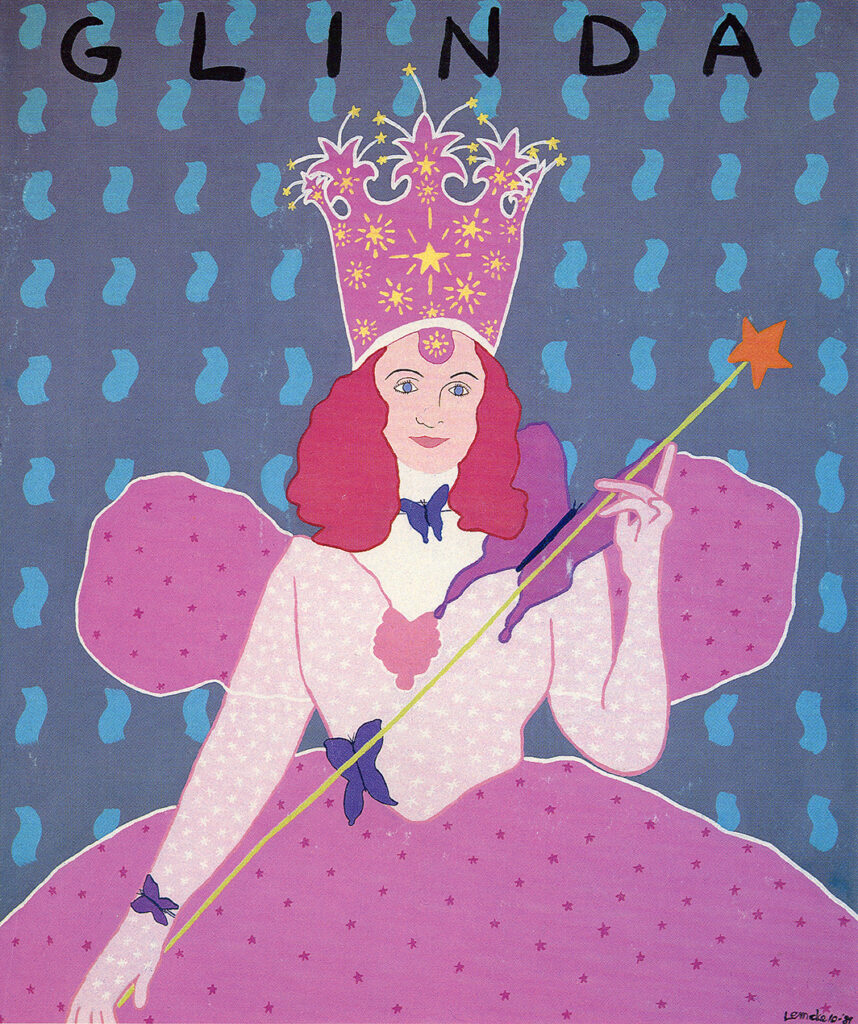 “…The AIDS Timeline, a mixed-media installation by the artists’ collective Group Material, reconstructs the history of AIDS as embedded within a web of cultural and political relations, primary among them the federal government’s response to the syndrome. According to Group Material, the timeline, “indicts the government’s inaction [on AIDS] and society’s complicity in that inaction.”

The exhibition calls upon a variety of art objects as well as cultural artifacts, including images and texts from the popular media, the government, and grassroots political activists, to create a chronology of the syndrome. Using this breadth of representational materials, the timeline suggests that AIDS has been constructed through both a bio-medical discourse of infection, incubation, and transmission as well as a cultural vocabulary of innocence and guilt, dominance and deviance, threat and threatened, self and other. The second set of definitions helps to determine the first in that conceptions of AIDS-the media’s, the public’s, the federal government’s-directly impact upon funding for research, outreach, education, and healthcare. Thus, the long-standing ghettoization of the syndrome as a “gay plague” and the media construction of gay men and i.v. drug users as the “guilty” victims or even the “perpetrators” of the syndrome, has allowed and increased delays in federal funding to AIDS research.”

4 paintings from “The Wizard of Oz” series were chosen by Group Material to be part of the AIDS Timeline at the Berkeley Art Museum and again for the Whitney Biennial.

These painting were originally painted for a friend who was in the hospital with an AIDS related illness. My friend and I went to see the movie “The Wizard of Oz” (A sort of ritual celebration of Judy Garland—the patron saint of gays) every year at the Castro Theater in San Francisco—that year we couldn’t go because of his illness—so I painted this series to put in his hospital room: but he recovered before I could do the “Wizard of OZ” hospital installation that I had planned. They were never intended for the public; they were created as a gift. The paintings remained un-exhibited until Julie Ault and Felix Gonzalez-Torrez from Group Material saw them in my studio and asked if they could show the paintings as part of the Timeline. That these paintings ended up at the Berkeley Art Museum, the Whitney Museum and later in a showing at Modernism Gallery in San Francisco was a beautiful accident.