The Fairies of Weimar, is a video game and visual art installation celebrating the 100th year anniversary of the Bauhaus. The game looks at one of the most influential moments in modern art history through a queer lens. In re-imagining characters from Oscar Schlemmer’s Triadic Opera and using altered design elements from key artists from this period such as Maholy-Nagy, the game creates an alternative “queer” Bauhaus-inspired space inhabited by fairies and fantastic fey creatures haunted by a shadowy menace, bent on destroying its utopian vision. 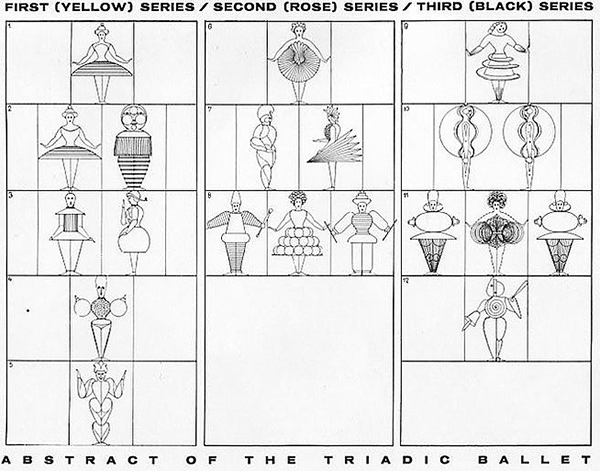 Fairies of Weimar from Rudy Lemcke on Vimeo

Level Designs: The overall level design follows the basic structure of the Triadic Ballet. The ballet has 3 acts: Yellow, Rose and Black (I have substituted Blue for the Black). In Schlemmer’s ballet, the three acts are divided into 12 scenes. Yellow has 5 scenes, Rose has 3 scenes, and Blue has 4 scenes. In my game’s structure the 3D levels are the over-worlds, that is, entry portals to the 12 2D Game Play levels.

The point of the game is to rescue the Ballet characters from their imprisonment. The game play is a series of labyrinths and puzzles inhabited by an array of enemies.

As of June 1st, the overall structure of the game and the character designs are in place and I am currently working on the 12 game play levels.

Below is my work in progress. I hope to have the game completed and ready for beta-testing in a few months. 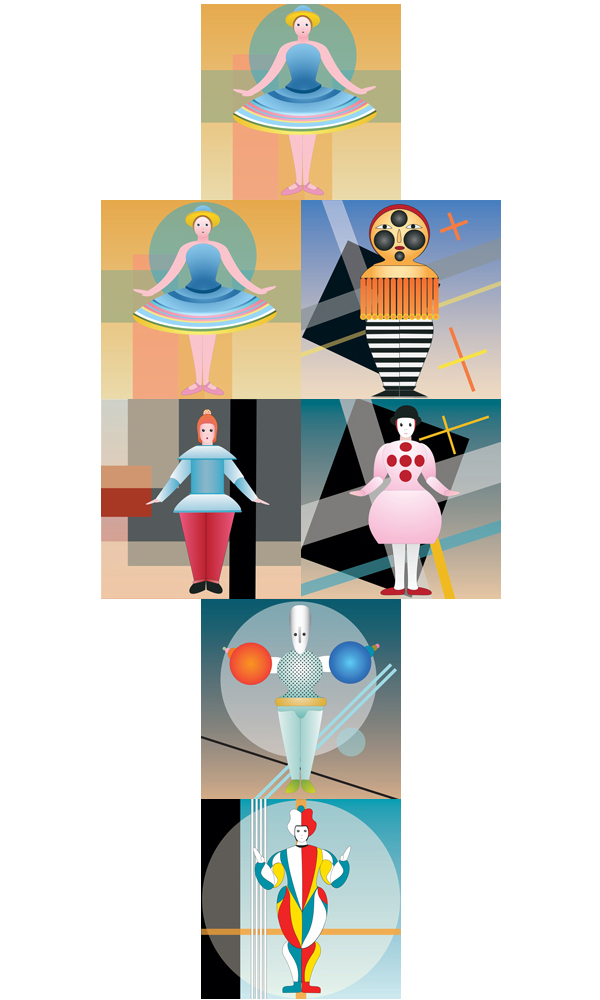 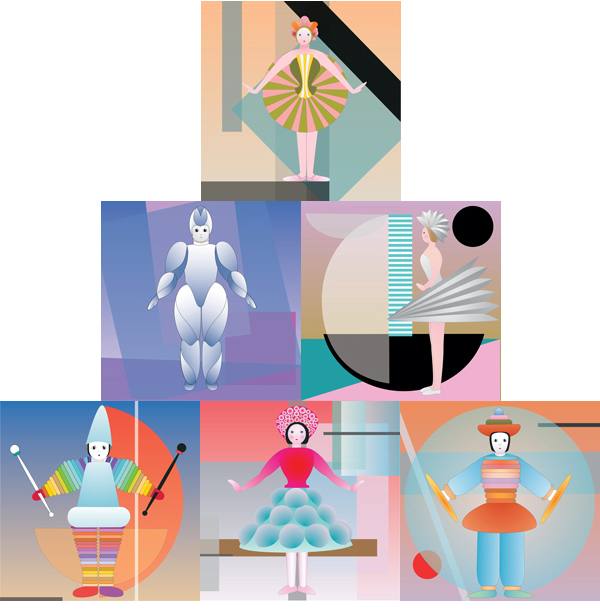 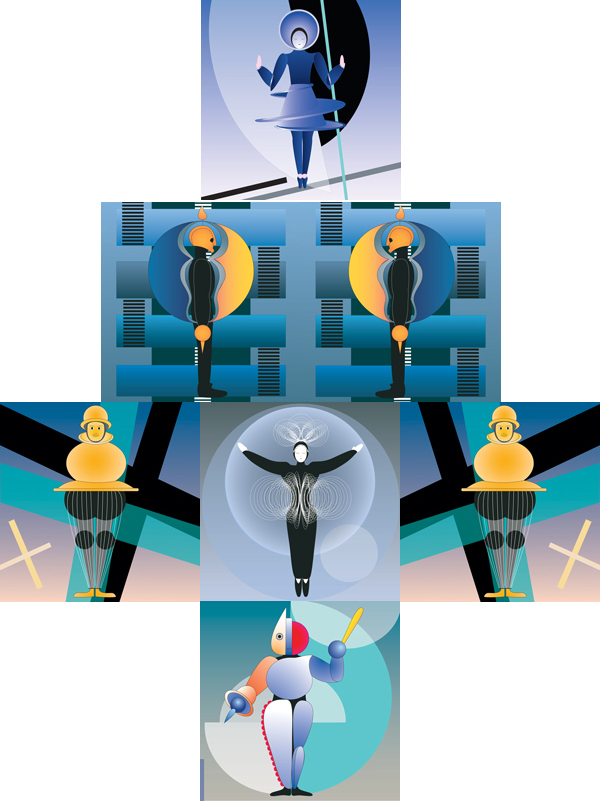 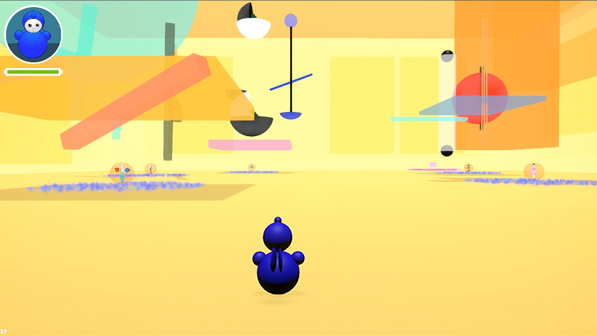 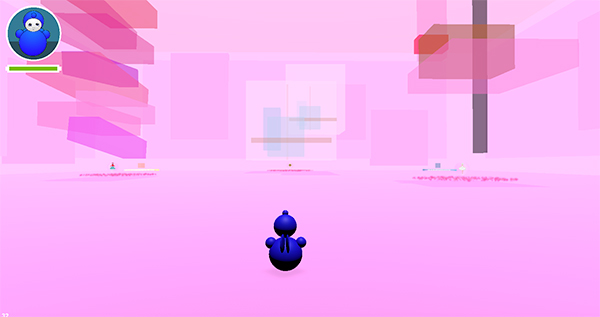 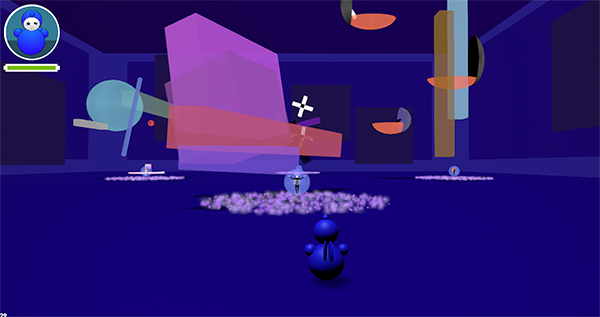 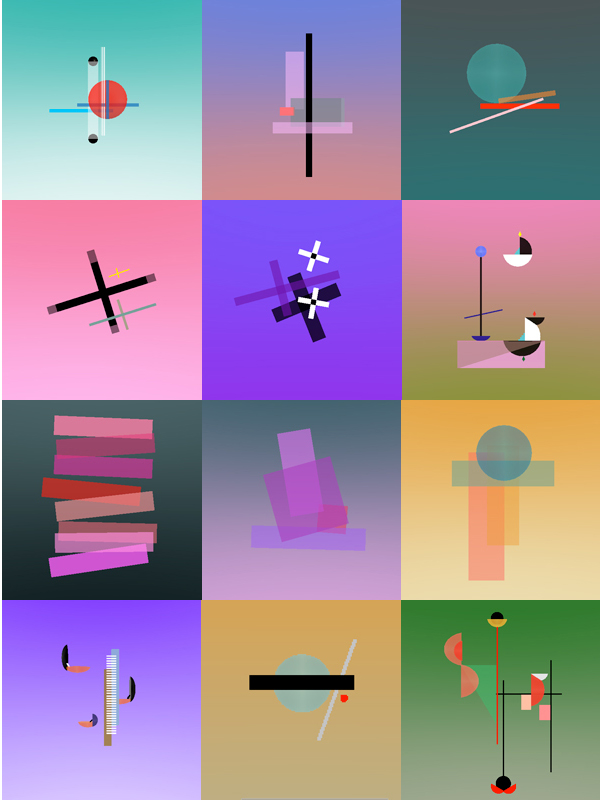 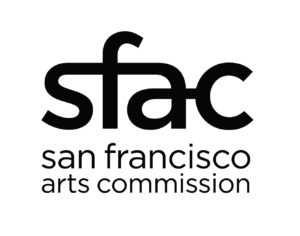 Edit
This project was made possible by a generous grant from the San Francisco Arts Commission.
Go to Top